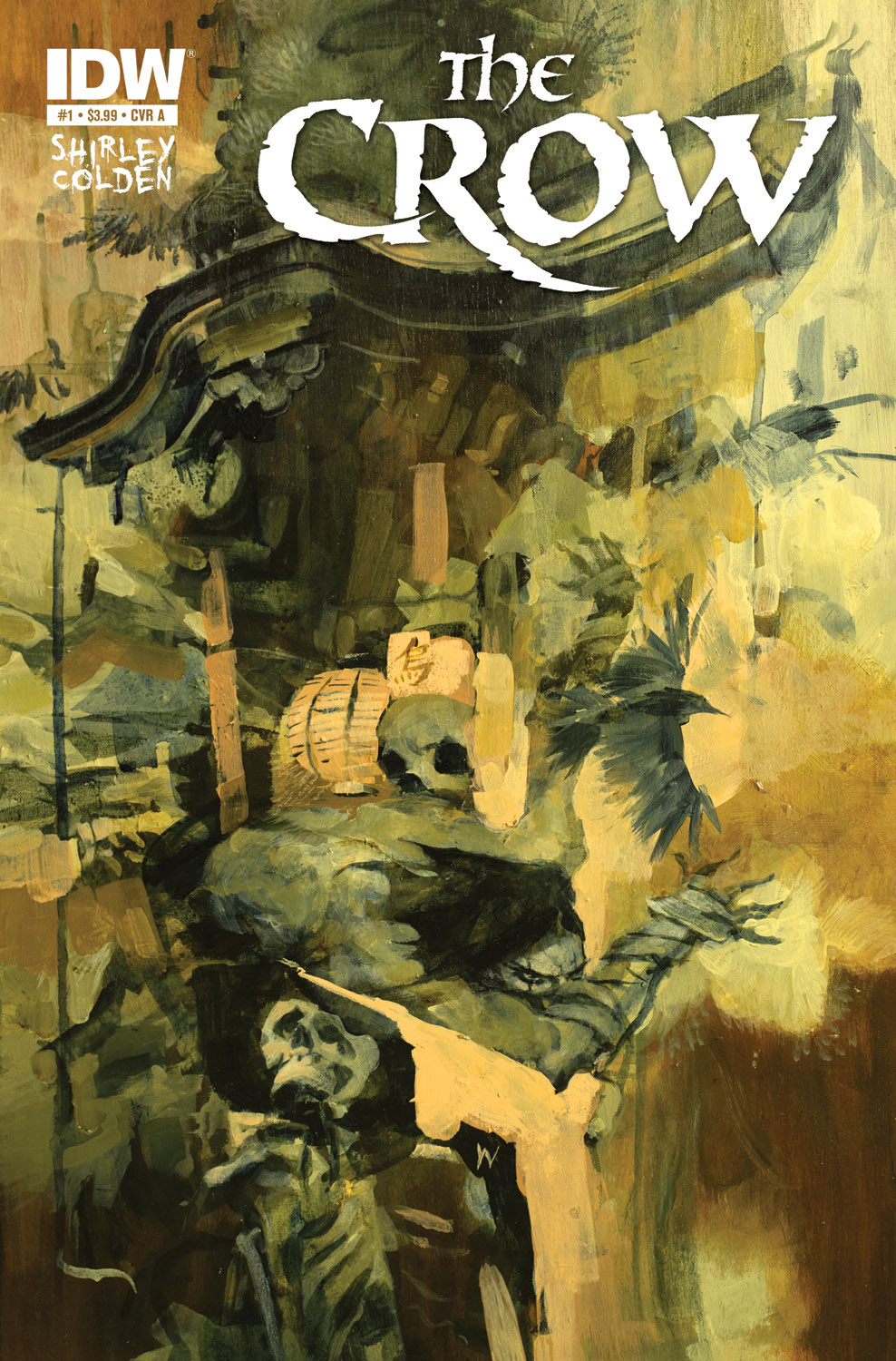 Synopsis : “Death and Rebirth,” Part 1. THE CROW is reborn—in Tokyo. Can a dark spirit fight for the light? THE CROW has always done just that—striking from the shadows, a kind of shadow himself. The spirit of the Crow is back, transfiguring Jamie Osterberg, an American studying in Tokyo and deeply in love with his Japanese girlfriend, Yumi… until the love of his life is stolen. The Crow must once more make the wrong thing right—but this time he might have to do it by killing his own true love…
(source : IDW Publishing)