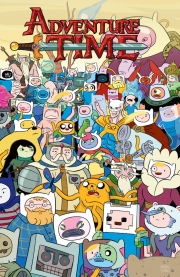 Jake just wants to have a nice relaxing weekend without any adventures. Not too much to ask for, right? Too bad the Governor of Ghost-A-Rica has plans of his own and that means releasing his ghost minions to steal the youth of all the citizens in Ooo. It’s a battle for youth, literally!