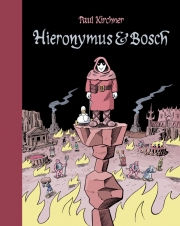 Synopsis : Meet the medieval miscreant Hieronymus and his wooden duck Bosch. When Hieronymus commits yet another petty crime, things go badly wrong and both are catapulted into a cartoonish version of Hell. There, lakes are made of lava (or, more often, poop) and an army of mischievous spiky-tailed devils bully the inmates and play impish pranks. Despite many gag-filled attempts at escaping this literal hell, Hieronymus and Bosch always end up being the butt of their trident-wielding guards' most humiliating and painful jokes. This book puts together about a hundred one-pagers filled with hilariously surrealistic and scatological gags by American comic book artist Paul Kirchner. Kirchner drew his inspiration from the medieval depictions of Hell by Dante and Hieronymus Bosch (duh!) as well as from the zany, almost sadistic humor of Warner Bros. cartoons like the Road Runner Show. Some of the stories published in this book originally appeared on the Adult Swim website. "Hieronymus & Bosch" also evokes Kirchner's famous comic strip series the bus. However, the bus' main character always got out from the practical jokes played on him unharmed, even if a bit confused. "Hieronymus & Bosch"'s two heroes get burnt by lava, stabbed with tridents, used as a Q-tip by Satan himself, or just covered in a torrent of poop gushing down from above. Yet they carry on, finding fun where they can and refusing to abandon all hope. 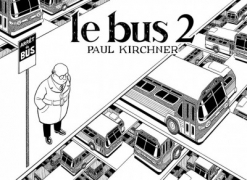 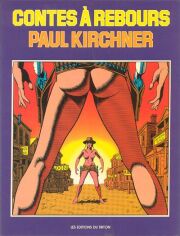 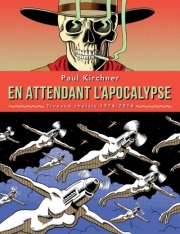 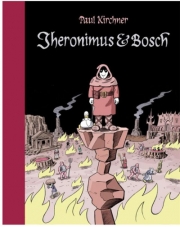